Communication in today’s era has become an almost effortless task as we have a vast array of services and means through which we can reach out to someone. Whether it’s via social media platforms like Facebook or Instragram, traditional chat applications like Whatsapp or more conventional means such as Email or standard network calling, there’s no doubt that we currently have multitudes of different ways through which we can reach out to absolutely anyone we want to and communicate whatever our heart desires in an easy, effective and seamless manner that makes the entire process seem completely effortless.

However, even though there are so many different means of communication available to us, there’s still an issue that’s persisted throughout all of this. This issue is, of course, the fact that lots of people are often afraid to say things face to face in a variety of scenarios. Of course, being able to communicate is important but, at the same time, there are situations in which a person needs to communicate whatever they need to with a veil of secrecy and anonymity and this can be due to a variety of reasons. Someone might have something to say about one of their superiors at work but they’d usually avoid doing so as they wouldn’t want to face any potential repercussions of this act.

At its core, Saajal has been designed with the vision of providing absolutely everyone across the globe with a straightforward, streamlined and effective platform through which people can share, receive and exchange anonymous feedback without having to worry even the slightest bit about their identity being compromised. Being able to offer feedback without the fear of repercussions is something that can have a variety of positive effects around the world and Saajal has been designed for this exact purpose.

Saajal Applications and its Importance

Of course, this vision is something that isn’t necessarily easy to execute as there are many technical hurdles that must be overcome before it fully comes into fruition. Fortunately, we have plans to address many major concerns that might arise. The first one, of course, is the concern of how a person can find an organization’s, or another person’s, Saajal page if they don’t necessarily have that much information about them. For this particular issue, we want to launch an application through which people will be able to find the Saajal link for any individual or organization from simple details such as their phone number.

The app that we’re going to be releasing also serves a variety of other functions that help enhance the overall experience that users have with Saajal. Through this application, people can not only send anonymous feedback but they can also chat with the person they’re sending feedback to with the assurance that their identity won’t be revealed at any point no matter what happens.

There’s no doubting the fact that many people across the globe have wanted to have a conversation with someone in which they’d like to address some truly critical issues but can’t do so as the aftermath of this conversation would likely be quite negative for most people. However, with the features we’re planning to implement in the Saajal application, this could very well become a reality since people will be able to easily have these conversations without the fear of compromising their identity.

From the aforementioned points, it’s fair to say that it’s truly essential, especially in the current landscape, for a service like Saajal to exist.

Saajal is a 24/7 online Complaints/Suggestions Box for every business/organization. It serves as a continuous mandatory Online Feedback System for individuals & businesses which greatly helps them to improve themselves day by day.

Significant Use Cases for Saajal

Considering the truly revolutionary goal that Saajal aims to achieve, the platform actually has multitudes of different use cases in a variety of different scenarios. Without further ado, let’s get right into the specifics of some of these use cases.

One of the most significant use cases for Saajal is, of course, in the Consumer to Business facing area. In the current era, there are multitudes of different review services through which customers can leave reviews regarding companies and businesses but these have some glaring flaws that hold them back from being truly effective.

These reviews are mostly one way and false reviews can end up tarnishing a brand’s reputation for absolutely no reason. However, thanks to Saajal’s proprietary systems, we can build a much better reviewing system through which users can leave authentic reviews regarding their experience with a business and the business can then have the opportunity to share their side of the story as well thereby leading to a much more effective reviewing atmosphere.

One truly impactful example of Saajal in a consumer-business relationship would be to allow customers to leave anonymous feedback that the business could use to make improvements. There are online platforms like Facebook and Google on which users can leave reviews but the downside of these is the fact that a single review can hinder a business significantly. With Saajal, on the other hand, a customer can easily provide a full review of their experience to a business and they can then use this anonymously submitted review to work on the areas that they’re lacking in. Alongside this, if a customer has a particularly memorable experience with an employee of a business, they could use Saajal to provide positive feedback which could be great for that particular employee.

This is without a doubt potentially one of the most impactful applications of Saajal. Anyone who’s had their fair share of experience as a student knows for a fact that they often have some fairly critical feedback of their teachers, department or even the management of their institute. However, they’re usually reluctant to share this feedback as they are afraid that this could potentially end up having an indirect impact on their academic performance.

However, thanks to the anonymous feedback that one can provide through Saajal, students will freely be able to share their thoughts regarding their institute as well as its professors and managements and anonymous feedback like this can go a long way in making major improvements within the academic system.

Saajal could also be used by teachers who aren’t necessarily content with the way they’re being treated at a certain institute and would like changes to be make. There are certainly educational institutes out there that aren’t concerned much about the experience that teachers have but and teachers can’t complain for fear of losing their job. Thankfully, though, with Saajal they can easily voice their concerns without having to worry about the higher management of the institute cracking down on them.

3: Employees to Managers or Company Management

Speaking out about your managers or the management of the firm or organization you work at is often considered to be a truly risky maneuver. In a variety of industries and fields, doing something of the sort can have catastrophic implications for a person’s career. Any employee who isn’t treated well by their manager or the upper management within a company usually isn’t given a platform to voice their concerns and, if they somehow manage to do so, they end up facing strict action.

With Saajal, this will no longer remain a problem. If a certain employee feels that they aren’t being treated properly at their job or if their manager is lackluster, they can easily use Saajal to submit their feedback without having to worry about their identity being exposed.

The implementation of Saajal could immediately help improve all places of employment. One of the biggest problems within companies has always been the fact that employees are never able to voice their concerns properly but Saajal is something that could get rid of these issues as soon as it’s implemented within a company.

4: Interaction with Audiences, Live and Offline

For those who present things over social media or even in an offline in-person environment, Saajal can prove to be an effective tool through which they can gather critical feedback. A person who presents something is usually open to feedback regarding how their presentation was and whether there were any shortcomings but receiving this feedback in a public manner can be harmful for their reputation.

If a person is giving a presentation online and interacting with their audience, any feedback they receive can be viewed by anyone else who’s also on the platform and watching whatever is being presented. This manner of public feedback is something that can hinder the presenter’s reputation by a tremendous amount.

With Saajal, though, this is no longer an issue. If anyone has complaints regarding someone who presents, whether do so via offline or online mediums, they can easily and anonymously send them any type of feedback that they had in mind and the person could then use this anonymous feedback to improve in the aspects that they’re lacking in without having to worry about taking a hit to their reputation.

Alongside everything else, the great thing about Saajal is the fact that it can play a role in personal use as well. As people, there’s no doubt that we all have our shortcomings but are constantly working to improve them as well as we can. However, often times we don’t know what and how to improve and the people who are close to us aren’t able to tell us what we’re lacking because it could potentially damage relationships.

Thankfully, though, Saajal remedies this issue entirely. Anyone can create their own personal Saajal page and spread it to their friends, family, coworkers or anyone else. Through this page, anyone can provide feedback regarding a person which, in turn, that person could use to improve on themselves.

All things considered, the ability to provide anonymous feedback to any entity is something that could truly alter the landscape of the world for the better and that’s exactly what Saajal is aiming to achieve. 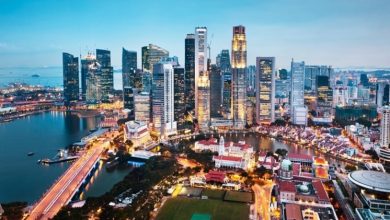 Why Will You Invest at Singapore’s Rea Estate Business?

Three main symptoms of ADHD and how to manage it 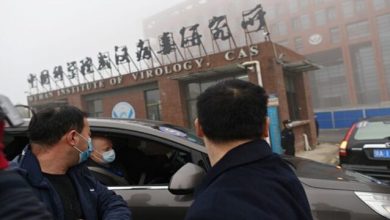 Examining the COVID-19 Pandemic as an Experimental Vaccine Program Run by the Chinese Military Reveals its Ties to Dr. Ralph Baric’s Research at UNC.