There are a lot of interesting places to see in Georgia and I would like to suggest some of the landmarks in the city which are not very popular but are also worth visiting.

You can use public transport for moving around but it will be much more comfortable to find a good car rental in Tbilisi, I have used the GSS Car Rental and can suggest you this company as their services are not expensive and at the same time highly reliable. You can book a car online at https://gsscarrental.com and also select some additional options for delivery and car equipment. After you have got a car you can visit the places you like anytime.

This monastery is located on the territory of Tsminda Sameba, in the old part of the city. If it wasn’t on my map, I would never have found out about the Peristsvaleba Convent, where the balcony offers a magnificent view of Tbilisi. The observation deck is located on the balcony in the Darejan Tower. It belongs to the monastery, but you can go there freely.

The Bridge of Peace or as it is also called – The Glass Bridge, since it is made of a glass dome with a powerful frame structure, connects two districts of the city — Irakli II Street and Rike Park in the Avlabar district. It is intended only for pedestrians. The bridge looks more attractive in the evening; it symbolizes Georgia’s path from the past to a better future. It is a bridge between the great history of the country and its present. Indeed, the landmark looks very modern and unusual against the background of the historical buildings of the old city.

As we climbed up to the Narikala fortress, a rooftop view of the area called Abanotubani opened up on the left. This is a unique area with sulfur baths in the center of Tbilisi. When visiting the baths, you should wear a swimsuit, you can swim without bathing suits only if the bath is fully reserved. It should also be noted that the water in the springs is updated on Monday night. Therefore, it is better to schedule a visit at the beginning of the week.

If you use car rental in Tbilisi you will be able to easily reach the botanical garden which is visible from the top of the Narikala fortress, in the opposite direction from the city. You can climb to it through the sulfur baths mentioned above. There is only one entrance to the garden (there is a ticket office there), but you can get out in different parts of the park. There is a large collection of coniferous (and not only) trees, flowers, a collection of medicinal plants, benches, bridges, gazebos and ponds, a playground and two waterfalls. The most picturesque is named after Queen Tamara and a bridge is spanned over it.

I recommend all visitors of the city to walk along this 1.5-kilometer street, having shady plane trees on the both sides of it. You can see here: The Parliament of Georgia, National Museum, Marriott Hotel, the Academy of Sciences, Opera and Ballet Theater, museums, theaters, as well as many cafes, restaurants, boutiques, monuments and souvenir shops.

We can say that the Metekhi temple, located on the very bank of the Kura River, is a business card of Tbilisi, which is very difficult to miss. Initially, this place was the site of a palace built by the founder of Tbilisi Vakhtang Gorgasali, whose monument can be seen right next to the temple. The name “metekhi” means “around the palace”. Later, all the buildings here were destroyed during the Mongol invasion. And only at the end of the 13th century, a church appeared on the rock, the fate of which was also not easy. The Metekhi temple acquired its modern appearance in the 16th century, a little later a fortress was built nearby, which was destroyed in the 20th century.

I have chosen these places in the city as I have visited them by myself and really liked to explore. Car rental in Tbilisi was a good idea to make a trip comfortable. Visit Georgia on your vacation and I think you won’t regret it. 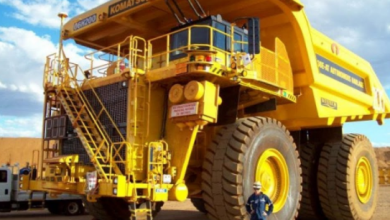 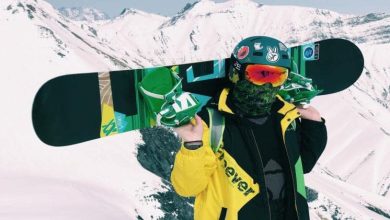 Monpura, the daughter of beauty

Will It Be Safe to Travel This Summer? Here’s Your Options