Planning a honeymoon? What better place than “queen of hill stations” Shimla and Manali with a “valley of gods” Kullu. Shimla and Manali are perfect for the newly married lovebirds to bond over picturesque mountains and recreate some Bollywood romantic moments. Mesmerizing waterfalls? Check. Fun activities like paragliding and horse riding? Check. Wildlife Sanctuary with a variety of animals? Check. Cozy and warm living spaces? Check.

The Ridge is located at the center of Shimla and is the hub of all the cultural activities organized by Himachal Pradesh Tourism. It joins Lakkar Bazaar, Mall Road, and Scandal Point. A romantic evening watching the sunset with your loved one from The Ridge must be in your Shimla-Manali honeymoon package. Christ Church designed in neo-gothic architecture is also situated in The Ridge.

Mall Road is the common hangout place and is the best place to socialize with lovely locals. All the best shops, clubs, cafes, bars, restaurants are located on the busy streets of Mall Road. Ridge is one level above here, which is another incredible tourist spot. Where Mall Road and Ridge intersect, that point is called Scandal Point.

Scandal point is a must-visit spot for a honeymoon couple. It got its controversial name due to a mystery surrounding it stating that during the British era, the daughter of the British Viceroy eloped with Bhupinder Singh, Maharaja of Patiala. This scandal led to the banishment of Maharaja entering Shimla. It also has a landmark statue of a freedom fighter – Lala Lajpat Rai. Besides this, Scandal point also has some great restaurants that offer delicacies which will leave you wanting for more.

Summer hill is also known as ‘potter’s hill’ due to potters coming here for clay, is a suburb of Shimla, and is a place where Mahatma Gandhi stayed at the Georgian House of Raj Kumari Amrit Kaur. Traveling just 5 km from Shimla, Summer hill has scenic hills and snow-covered mountains that will make you go “ye haseen wadiya”. It also is the home of famous painter Amrita Shergill which has some beautiful paintings to see.

Hadimba Temple also known as Dhoongri Temple is devoted to Hadimba, wife of Bhima, mother of Ghatotkach, and is an epic figure from Mahabharata. It was constructed by Maharaja Bahadur Singh, raja of Kullu, in 1553 and is located in the middle of the deodar tree forest on the peak of a hill. It is a significant pilgrim site for tourists and travelers to take blessings from.

Nothing is more romantic than sitting with your partner with your legs in the water, tiny water droplets striking your body and with an enthralling waterfall view in front of you. Jogini falls is 2 km from the main market in Manali and has one of the clearest water out of all waterfalls in Himachal Pradesh. If you are planning on taking a bath, April to June would be the best time to visit.

A quick tip: Don’t forget to pack a towel because you WILL get soaked in water no matter what.

Solang Valley is 14 km from the main town of Manali and is one the most beloved destinations in all of Himachal Pradesh because of its dazzling sights and charming beauty. You can do all the fun activities here like horse riding, parachuting, paragliding, Snow motorbikes, and tourists’ favorite Zorbing and driving mini-open jeeps for children–adults alike.

With a distance of 0.5 km from the Kullu bus stand, Sultanpur Palace is the residence of the former ruling party that leads back to Raja Jagat Singh in 1660. Palace has beautiful miniature paintings which represent ancient Kullu and Manali heritage and culture. Sultanpur Palace once got destroyed by an earthquake in 1905, but it was again rebuilt and some more scenic designed paintings and details were added.

Manali Sanctuary has dense forest covered with Chestnut, Maple, and deodar trees. It was built in 1954 and has animals like Musk Deer, Flying Fox, Striped Hyena, Himalayan Black Bear, Barking Deer, Palm Civet, Serows, Himalayan Tahr, Indian Hare, Throated Martens, and Kashmir Flying Squirrels. It also has some endangered and jeopardized animals like Brown bears, Leopards, and Goral. Exploring these wonderful animals will give you knowledge and insight into wildlife.

Great Himalayan National Park is a UNESCO World Heritage Site and is one of the most secured and protected places in the Himalayas. It was established in 1999 and covers around 1,171 sq km. It shelters 4 endangered species of animals that you can review, namely the Himalayan tahr, snow leopard, serow, and Musk deer. It is fascinating to witness the cooperative relationship between locals and their surroundings.

Romance is in the air in Kufri and it is perfect to have some we-time due to its seclusion from the rest of the Shimla. Here, you can just walk around on snow-laden streets or go skiing. You can also take a pony ride to Mahasu Peak and Fagu Valley. You can take some quirky cute photos up on the peak as it has several photo points which make the experience worthwhile.

If you are intrigued by our history and want to know more about time in the British Raj, a visit to this place just might be your type of relaxation. It is designed in gothic style architecture and is named after the infamous Gaiety Theatre of London. During the colonial era, this town was the tallest structure and was built like a town hall. Legends like Prithvi Raj Kapoor, Shashi Kapoor, Naseeruddin Shah, Anupam Kher, and K.L. Sehgal has performed on this stage. 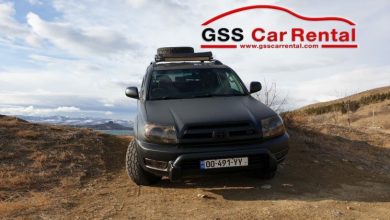 Good car rental in Tbilisi and places to visit 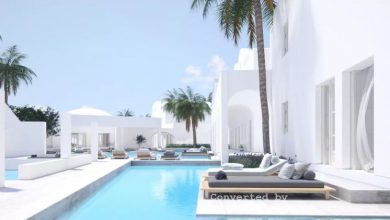 How to choose a luxury hotel?

Chinese ‘Rooftopper’ Films His Own Death During Skyscraper Stunt 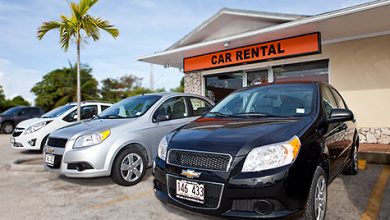